How Culture Impacts Relationships: Developing a Cultural Mindset; the Coaching Show with Christopher McAuliffe. What I wished I’d added:

What is Coaching Supervision? Interview by Brighton West that explains the difference between Mentor Coaching and Supervision.

Masterful Partnerships with Meg Rentschler and other MCCs, STaR Coach Show, May 22, 2019

Essence Of Mastery Summit “How to Directly Communicate without Crossing the Line” with Annie Gelfand, sponsored by Gail Moore. June 2019

Embracing the Power of Our Differences. with Karla Walker. Voice America Radio, December 11, 2018Coaching for values. Discover your values, Nov 2018 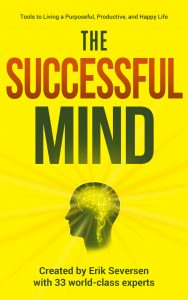 The Successful Mind “Developing a Cultural Mindset for Success”, Chapter 25

Law & Ethics in Coaching 2006 – Wiley (publisher)
Co-authored the chapter, “The Intersection of Culture and Ethics” with Charles Hamrick

Contributor to Coaching by the Book

Youtube Channel with 80+ videos, including Marilyn’s interviews with leaders in the field as well as the most popular Centering for Effectiveness: Learn a centering practice to result in your being open, flexible with confident presence (as a coach, leader or in any setting). You will then be better able to access the 11 options you have available at all times, according to String Theory, as you will be freed up from distractions and better able to engage your head and heart. Based on Doug Silsbee’s Presence Based Coaching. If you practice it ten times a day, it will change your life! he said.

ICF Circle of Distinction Award for contributing to CQ & DEIB in coaching, “chosen for impact on and contributions to ICF, the coaching profession, and social change; thought leadership; as well as their mission, vision, and core values.”

Thank you for visiting our Reviews Interview Marilyn O’Hearne page with Podcasts, Upcoming Programs and Contributions. You are invited to return often!