How to Powerfully Tap into Rituals Results 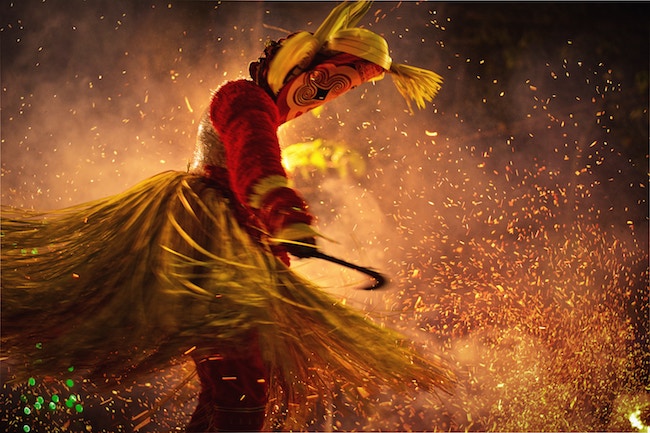 Rituals results can change this picture! Imagine you have just spent eight hours at work and are arriving, tired and stressed, for an additional four hour class or meeting or work at home. Many of us have been there, on both sides, at one time or another: as a meeting or class participant or leader. I served as an adjunct professor for two universities for a combined eight years, teaching evening classes to tired and stressed students, both in the US and Hong Kong and Malaysia. In one class, drawn from two programs or “teams”, we had three tragedies, with an inspiring outpouring of support, in part due to our opening ritual’s results.

I have also served on global boards with meetings added to long business days, or board meetings that started at breakfast and went past dinner. My leadership and team coaching clients, many working in high stress environments, have established rituals to stay energized and engaged. How did we powerfully tap into rituals’ results, and how can you?

What started as an experiment in de-stressing at the beginning of each Stress Management class at Webster University resulted in powerful ritual results, including a miraculously cohesive, supportive team. We tried out different stress management techniques at the beginning of class to create an optimum stress level for learning. Yes, you want enough stress! (eustress, or “good” stress) and challenge to be engaged and produce desired results with satisfaction without expending all your resources and moving into overwhelm and distress. *

After experimenting with several rituals to begin our class, our favorite became a brief, renewing and refocusing centering exercise. Besides creating an optimum stress level, this ritual combined with our practice in shifting attitudes and perspectives in an accepting environment resulted in an incredibly supportive community. In one cohort, there were three tragedies: 1. one of the students was involved in a car accident 2. another student’s spouse was severely burned in a furnace fire 3. a third student’s spouse suddenly died. The outpouring of support for these students from their classmates was inspiring. And this was in a class from two programs: management and nursing. We were not starting with an integrated group, but rather drawing from two “teams”.

Successful leaders and teams I coach choose to begin regularly scheduled meetings with the ritual of reviewing vision and values and/or successes. As part of a culture task force while serving on a global board we instituted the ritual of virtual coffee breaks. With our global business environment, planned time to network more informally builds relationships, intensifying bonds and creative collaboration, with positive organizational culture results. Meeting times can be rotated or scheduled so no one is waking in the middle of the night to participate.

What powerful rituals does your team or organization have in place?  How do you communicate your beliefs and values both within your system and to others? How do your rituals intensify bonds and loyalties? What focus do they provide? How do they honor and leverage the legacy of past contributors? What are your rituals’ results? How have they shifted (or not) during the pandemic? I invite you to share them in the comments!

The first two and a half minutes of this video provides an example of the powerful team building rituals’ results of beginning meetings with a time of centering.

This blog was first written during my three month Asia Pacific journey, inspired by both the (letting go of our) mask dance at a Coach Training in Bali and the All Black (New Zealand) Rugby team’s Haka, featured in this Youtube video. University of Canterbury’s Professor Richard Light explains in an 8/13/14 YahooNZSport article, “Rituals are well-defined sequence of actions and words that focus attention and are full of meaning…Leading up to the match teams have a similar progressions of rituals that intensify bonds between players, integrate them into the team and prepare them for battle.

Donning the team’s and nation’s colours is a symbolic act…mark(ing) entry into, and believing in, the culture of the team and its values that will be enacted on the field.

Once out of the changing room the final ritual for the All Blacks is the haka as a spectacular ritual that has a powerful influence on the team performing it and on the team facing it.

On show for the whole world, the haka also confirms shared cultural beliefs and values for New Zealanders. At the same time it communicates much about New Zealand culture to the outside world and about the successful integration of Māori and Pākehā culture on and off the rugby field.’’ Recently I attended a Summit that included a program on Indigenous Wisdom, emphasizing holding onto what’s valued from the past with one hand while reaching forward with the other hand for the future, while standing in the middle of a stream.

While we may associate ritual more with sports, religion/spiritual, and government; organizations and families also benefit from powerful rituals’ results.

Leaders and coaches, apply for your Unlock Your Potential CQ Strategy Session for even greater individual, team and organizational success, including reflecting on how your rituals are contributing to results.

Stay tuned until next week for another Weekly Wisdom.

First published September 24, 2014 while in Asia Pacific for three months, including time in New Zealand and presenting at the Asia Pacific Alliance of Coaches Conference as well as for groups in Australia and Indonesia and coach training in Bali, and updated.

* Why Eustress is Good Stress

Marilyn O'Hearne MA MCC CQ Coaching: Unlocking Potential, Prosperity &Peace
What are some of the best winning messages you have given and received for #success? Discover how winning #coaching achieves success as a #leader, & coach, especially belief in & compassion, with examples from football, golf, me, & mom! #unlockallpotential #prosperity.
1 1    View on Facebook
Follow @@MarilynOHearne

What are some of the best winning messages you have given and received for #success? What drives you and the KC Chiefs to Super Bowl success? Discover how winning #coaching achieves success as a #leader, & coach, especially belief in & compassion, with ex… https://t.co/5eNac2phPW
View on Twitter
0
0

We use cookies to ensure that we give you the best experience on our website. If you continue to use this site we will assume that you are happy with it.Ok